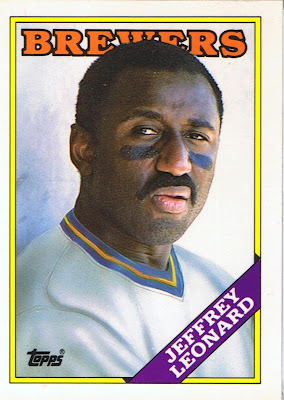 Some women I know would kill for those lips.

IMPACT FACTOR 2/10: Leonard didn't have much left when he joined Milwaukee in a trade for Earnie Riles. After one pretty poor half-season, he left as a free agent. He had a decent season the following year for Seattle and then called it a career after 1990. 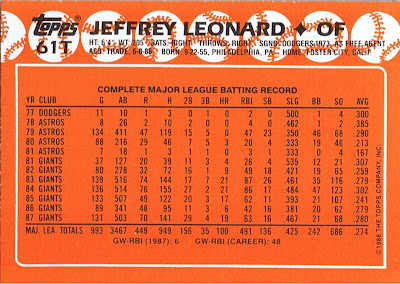 This is another reason why I love this blog. I completely forgot that Leonard played for the Brewers.

they call him old penitentiary face...and for good reason.