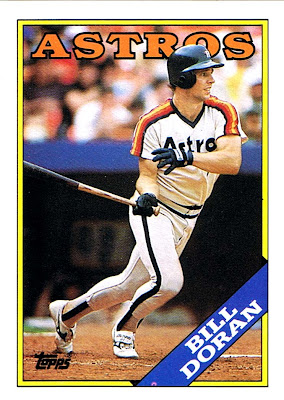 Why this card is awesome: Because whoever photographed the Astros in this set did a good job. This card is similar to Denny Walling's card in that it captures the motion of the at-bat very nicely. There was some very capable action-photographer working that day.

Cool stat: Since 1982, Doran had one of the wierder seasons in terms of doubles and triples. He makes the top 25 for fewest doubles in a season with at least 11 triples. Most of these guys were speed demons who turned doubles into triples. I never thought we'd see anything about Deion Sanders on this blog, but there he is at number 1 on that list. 14 triples and only 6 doubles...imagine that! 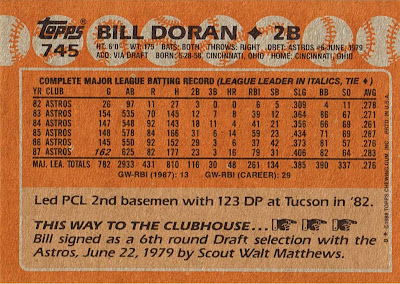