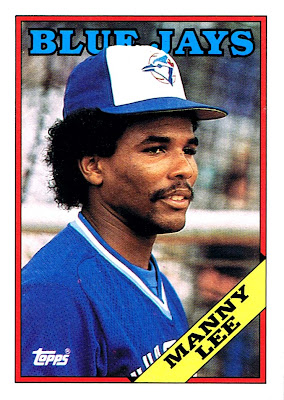 Cool stat: Lee remains the only guy to ever strike out 100 times in a season with no homers. Another way you can look at this is like this, which shows others who got close. Oh Gary Pettis!

Lee, who usually was called Manuel (not Manny) later in his career, was an abysmal offensive player, finishing with a career OPS+ of (gulp!) 73. 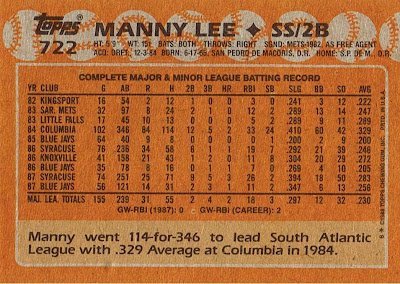 Well, they did spell it out once on the back. There wasn't room to spell it twice.