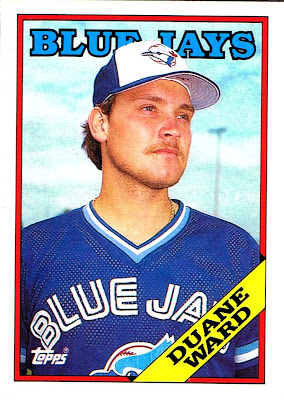 Why this card is awesome: Because although this isn't a rookie card, it's an early card of a guy almost forgotten to time who had a huge hand in two World Series wins for the Blue Jays. 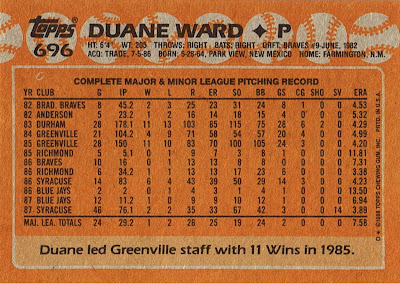 How did he get hurt?

Look at any shots of Ward's violent delivery. Frankly, I'm amazed that he was able to pitch for as long as he did.