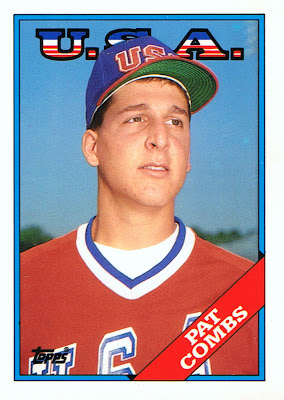 IMPACT FACTOR 3/10: Combs stuck with the Phillies for parts of 4 years. In 1989, he went 4-0 in a September call-up, giving Phillies fans a bit of hope that the franchise might be coming out of their dark period. After a mostly-mediocre 1990, he showed more promised in September of that year, with 4 straight wins. But that was it for his major-league success. However, I do think the excitement he caused did help out the Phillies organization a little bit, bringing back some of the fans. 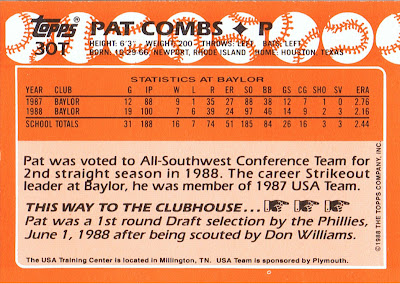 If he hasn't already done so, John Kruk WILL mention Pat Combs' name on BBTN before the end of the season. He does so every year.