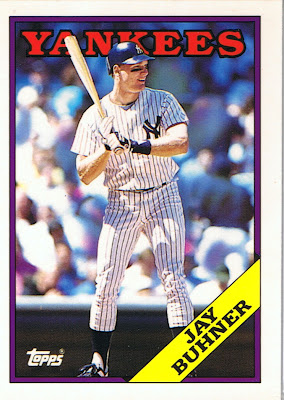 IMPACT FACTOR 2/10: Buhner was picked up by the Yankees from the Pirates and then traded early in his major-league career to the Mariners. It's hard to fault the Yankees for this trade, as Ken Phelps was an excellent underused player. Unfortunately, Phelps didn't produce at the same level for the Yankees. Years later, when Buhner was hitting 40 HRs per year for Seattle, this trade was cited as yet another example of the Yankees acquiring a veteran for a young player who ended up as a star (such as Fred McGriff, Willie McGee, and numerous others.) However, in this particular case, I think the Yankees took a great shot that just didn't work out. 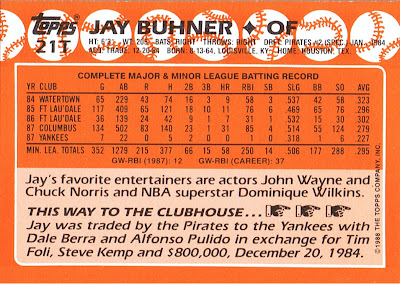 I love that he's a genuine Chuck Norris fan (like my mom) and not just another person who thinks Chuck Norris jokes are the funniest things ever but could not name a single film that he's ever done.

Lone Wolf McQuade -- you can kill my daughter's boyfriend, mess with my girlfriend, burn my house, but if you mess with my wolf, I'm gonna kick your donkey.