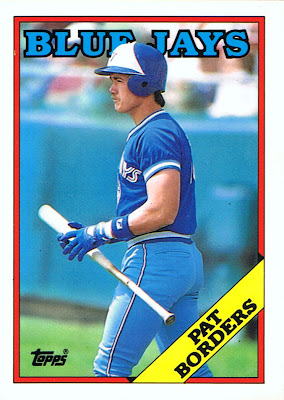 IMPACT FACTOR 7/10: Borders wasn't the greatest hitter but he came up money with the Blue Jays in the 1992 and 1993 postseasons, when he hit very well and played a major role in two championships.

Borders had a great career, sticking around until 2005, age 42. Yeah, he had a career OBP of just .288, but he must have done something right with pitchers.

This is an underrated rookie card. 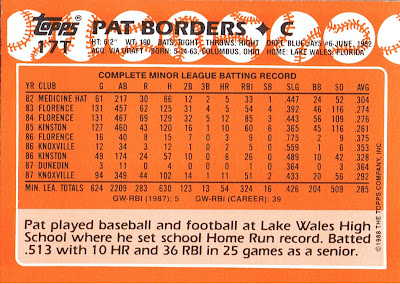 When Pat Borders retired, Mike Timlin remained as the only active player to have played in a World Series game for the Toronto Blue Jays.