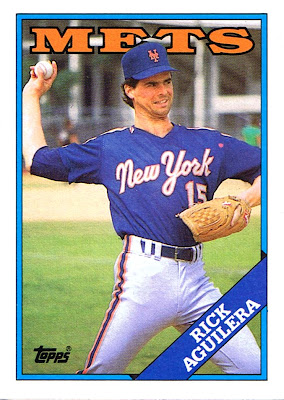 Why this card is awesome: Because it appears that Aguilera was distracted by something--my guess is a scantily-clad female fan--right as the photo was taken. He appears to be trying to say, "How YOU doin'!!!" 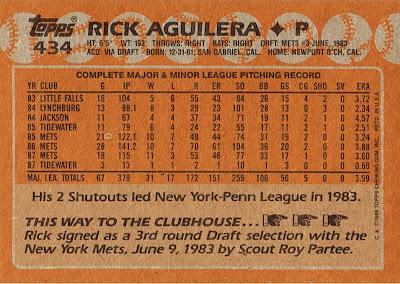 I was assuming that it was because we're in a hitter's era, but the '90s, although half of the decade was relatively normal, also witnessed only 22 two-homer seasons by pitchers. Maybe they're becoming better hitters.