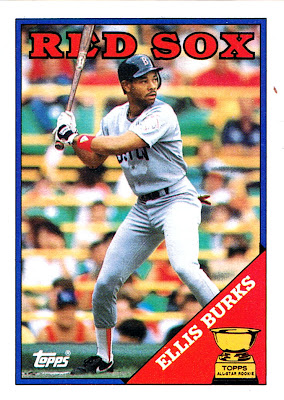 Why this card is awesome: Because it's just a damn beautiful card. A nice spring training shot (as if the guy in the first row wearing the red tank top didn't already give that away) and the Topps All-Star Rookie cup looks great and quite deserving for Ellis Burks.

Cool stat: Burks' 1999 season gave him the 19th-highest slugging percentage in a season with at least 400 PAs by a player 35 years old or older. That might not sound so impressive until you look at who else is on the list. And you might think he did that in Coors Field, but he was already with the Giants by that time. 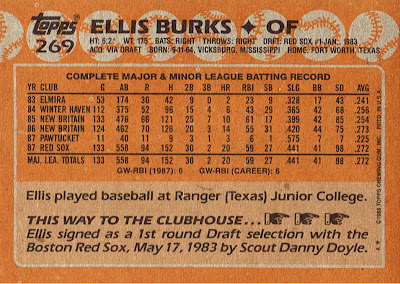 Actually, it's Comiskey, not Spring Training.

Right. Everyone knows wife-beaters are standard dress code for Comiskey.

The yellow railings really give it away as old Comiskey. The away uniform doesn't hurt either.

Completely agree with the thoughts on the shot used for this cards. I have always preferred crisp, clean photos as opposed to the bevy of shadow-drenched pics that Upper Deck began pouring into every set starting in the mid-90's.