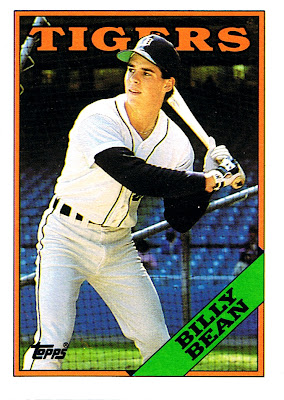 Why this card is awesome: Because although you might think so, this is not Billy Beane, GM of the Oakland Athletics and "star" of Moneyball. This card is of the Billy Bean who publicly disclosed in 1999 that he is gay. Personally, I strongly applaud the guy for making the major leagues as a gay man. Given the massive excess of "macho" in sports and jackasses like Jeremy Shockey, John Rocker, and Todd Jones, it must be incredibly difficult to feel any sort of comfort at all as a gay professional athlete.

Cool stat: Bean hit 5 homers, all in 1993. The pitchers he hit them off were a good bunch: John Wetteland, Willie Blair, Steve Reed, Larry Andersen, and Darryl Kile. 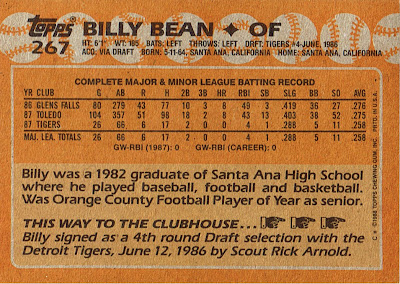 Billy also wrote a pretty decent book a few years ago. A fun read for any baseball fan.