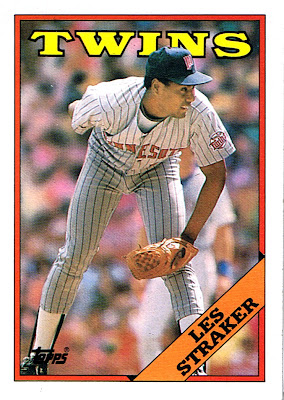 Why this card is awesome: Because with that low strikeout rate in his 1987 debut, he should have changed his last name so that we could have called him "Les Striker" since he throws less strikes. OK, to be grammatically correct, he'd also had to have changed his first name to "Fewer." Hmm.

Cool stat: Straker did an unusual thing in 1988. As a starter, he had an ERA better than league average but issued more walks than strikeouts. Here's a list of guys to do that since 1980. 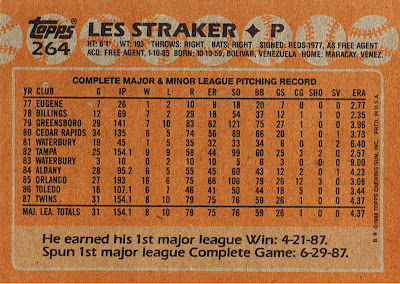 Another fact: his first (and only) season as a full-time starter, his team happened to win the World Series. It's really interesting to me the mediocre players who get the lucky breaks and end up with a ring.

Every team that's won the World Series has had lots of mediocre players, although your point is well-taken.