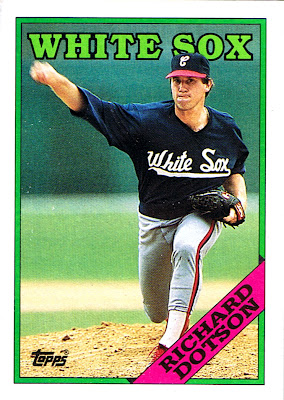 Why this card is awesome: Because Dotson is so old that he was once traded for with Bobby Bonds. 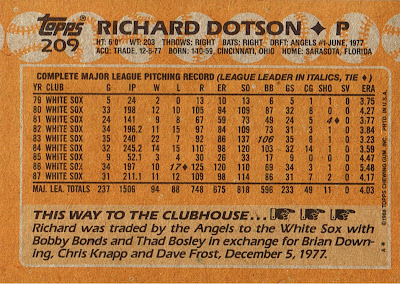 I think he was actually traded WITH Bonds, since Bonds was on the Angels at the time...

Yeah...I misread the back of the card...

Chicago still has a lot of love for Richard Dotson. I got hate mail when I named someone else to his 1983 uniform number 34 in my greatest uniform series. I had put him at a later number further down the list, that he wore every year before 1983.

"don't say my name out loud"

But what movie is it?

Oh, it's Jurassic Park. The character's name is actually Dodgson.