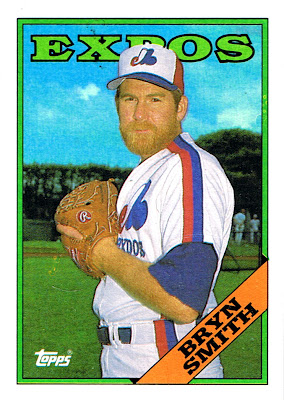 Why this card is awesome: Because of Gary Roenicke being oddly mentioned by his full name on the back. The only other Roenicke in MLB was his brother Ron, and I think there would be no confusion between them using first and last name only. 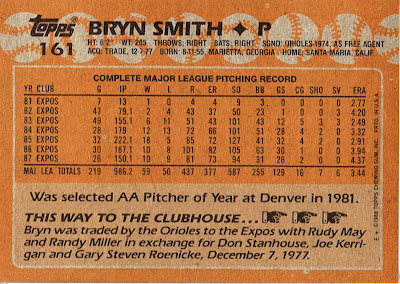 It's a good thing Bryn played in Montreal, because that shaggy beard would have been unbearable in a warmer place.

When I first started following baseball, I thought that Bryn Smith was Amish.

Was that because he rode a horse and cart to the mound?

I always wondered how Bryn could pitch with that damn beard - Gotta love the 80's. Also, I remember him mentioning on ESPN how he liked to listen to rush on his Walkman before his starts. Awesome.