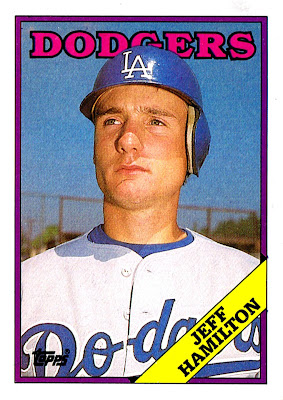 Why this card is awesome: Because he played minor league ball in Lodi. A little CCR, anyone? (While we're at it, look at how well he hit in Albuquerque in 1986 and 1987. Sheesh!)

Cool stat: Hamilton, a hitter, pitched in one game, but it's not what you think. When hitters pitch, it's usually in a blowout. This was in a game in 1989 that went 22 innings, and the Dodgers ran out of pitchers. Check out the boxscore. Orel Hershiser pitched 7 innings in relief! After retiring the side 3 up and 3 down in the 21st, unfortunately, Hamilton got the loss in the 22nd. And, by the way, Hamilton played the first 20 innings as the third baseman! 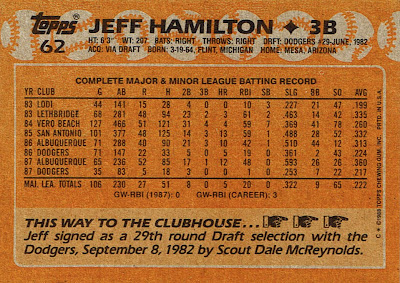