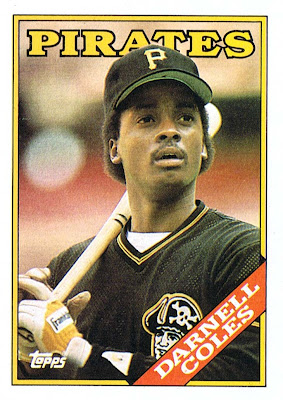 Cool stat: What do Keith Creel, Drew Hall, Mike Hartley, Rick Langford, and Greg Minton have in common? They all gave up a homer to Coles in their only career at-bat against him. That's a 5.000 OPS. (Coles got a couple of walks in there too.) 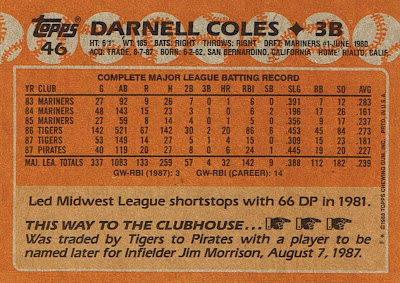 He looked puzzled because he didn't get the chance to get an autographed ball from Jim Morrison, the rock star that was traded for Darnell.

If you've ever seen a Coles autograph, it looks like it was signed by a twelve year old. :)

Ah, I was going to make a Doors reference, but luke beat me to it.